In today’s fast paced, materialistic world, people are running towards shortcuts of attaining money, success, name & fame to endow themselves with all possible amenities. They want to fulfill their dreams not by walking up the ladder step by step but gaining everything in a flick of a second. An astrologer is considered next to God & this is true to a large extent as he can be your guide & help you to walk through the path burning down the hassles, struggles and hardships that come down the way. Astrology has also become a profession, ways of minting money but not all astrologers can show you the corrective path as it is a divine blessing & meditative power.

To facilitate each one of you to make your life’s journey easier, we would like to introduce a young & talented

Astro-Numerologer & Face Reader Dr Sachin K Rastogi from New Delhi, who has achieved great heights in the field of occult science. Though he is quite young but has made an edge over others by his in depth research in the astronomical study and expertise through extensive practical application. 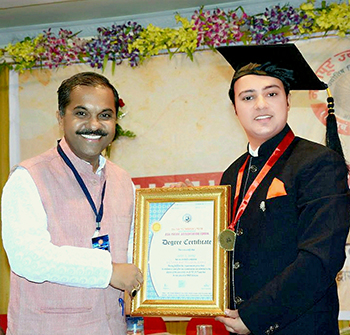 He has completed his PhD in Astrology from Jyotish Vidyapeeth, Omkareshwar, MP. Other education in Jyotish Vidya is from AIFAS, Future Point, New Delhi & has been awarded with
Jyotish Bhushan,
Jyotish Ratna,
Jyotish Prabhakar,
Jyotish Rishi & Jyotish Shastracharya.

At the age of 35, he had been honoured by “Dr APJ Abdul Kalam Award”2017for Astrology by Ex Chief Minister of New Delhi Smt Sheila Dikshit ji.Also received Gold Medal from All India Federation of Astrologers Society for his unique perspective about astrology. In 2015 he has been awardedBest Astrologer Awardfor Astrology at Business Designer Award at FICCI,New Delhi by Union Minister of IndiaShri Vijay Sampla Ji.

He has been serving people since more than 10 years. He is known for his intuitive predictions that he says is a blessing showered by the Almighty, Shirdi Sai Baba. Till date, he has served more than 7,000 people from all over the world which includes businessmen, politicians,hoteliers,Supreme court judges, bureaucrats, bollywood superstars, NRI,’s etc 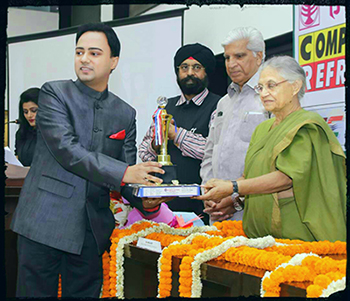 Dr. Sachin does not belong to a family with inheritance into making astrological predictions but it is an art that he has developed through years of hard work, meditation & his strong belief in God. So he has always worshipped it rather than treating it as a profession and a means of misleading people and gaining money.
He always wanted to achieve great heights, stand above the crowd , to be known amongst everyone but where he stands today, is the result of his dedication in fulfilling his dreams.
He has done his 3 years graduation in E- Commerce from XANSA India Ltd.He also tried his hand in job at IFFCO for some years but belonging from a business family he left his job and joined his father’s construction business but he felt uncomfortable and started his own software firm for developing softwares and websites. But still he found something missing. Years back it was predicted for him that even he would become a famous astrologer but that was beyond his belief, although from the beginning, he was famous for his intuition and numerological prediction. But destinies never change, he joined astrology classes few years later and gained a lot of fame there.After then, there was no looking back. 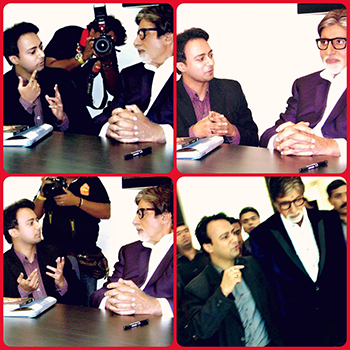 Another feather in the cap was his biggest achievement of meeting

Superstar of the Millennium Shri Amitabh Bachchan ji who was quite impressed by the accurate predictions made for him according to Numerology. Even now he sends him predictions whenever his charts show some important incident to occur and Mr Bachchan always appreciates his interpretations. Dr Sachin says ” Whatever I am today is because of the blessings of my parents, Sai Baba & Amitabh ji ”
He always believes in KARMA & guides people by providing them inner strength to handle all situations. He is also running a trust for poor people by the name of SHIRDI SAI SEWA TRUST( Regd.) This is a govt registered trust. He also gives remedies as solutions to improvise the impact of the negative planetary position and minimize the negative impact of these planets.He deals in all semi-precious and precious gem stones & rudraksha to even reduce the negativity further and thus help people to remain calm & handle the worst situations in the best possible way. He is fully active on facebook, twitter, gmail & skype.

His only advice to people is not to get carried away by fake astrologers, believe in Self Karma & always have faith in God, The Divine Power.

The form is minimized.